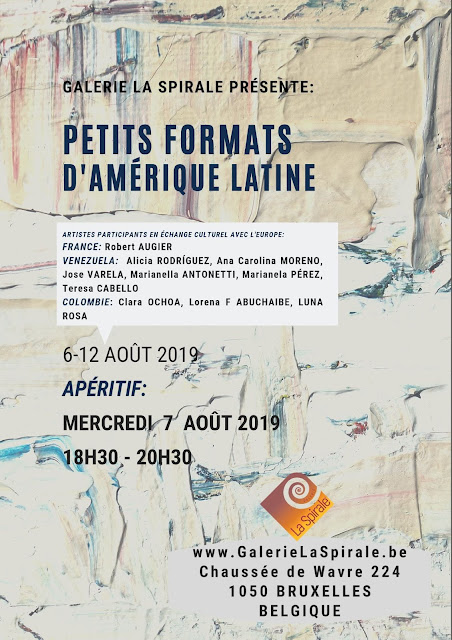 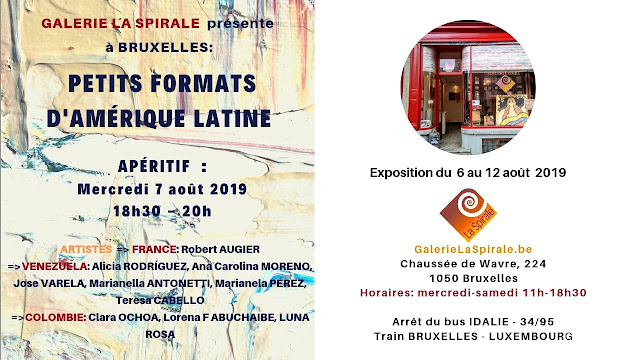 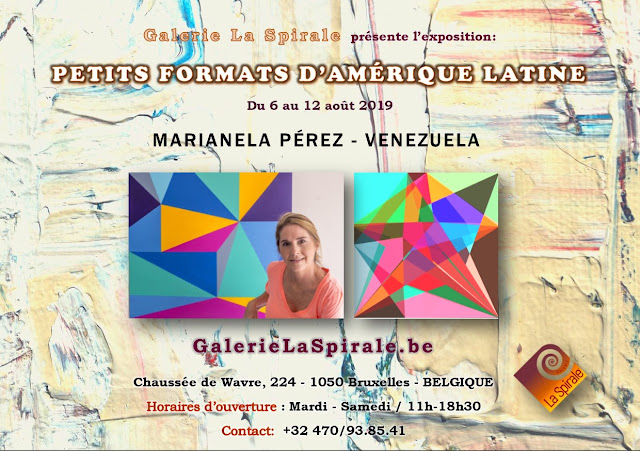 "I was born in Caracas Venezuela. I graduated as a Commercial Artist at Endicott College Massachusetts and environmental design in Caracas Venezuela. I grew up surrounded by a colorful and tropical atmosphere, which Inspired me from a very young age to the pursuit of color and the curiosity for form and aesthetics making evident my inclination for art. I studied photography in a prestigious school in Venezuela and had the opportunity to Paint with different national and international creators. As an artist, I have experimented with different media, transforming the images of urban space and everyday objects into a magical space, transfiguring the visible in the abstract, the noise in music, the cloudy in illumination and reflection." 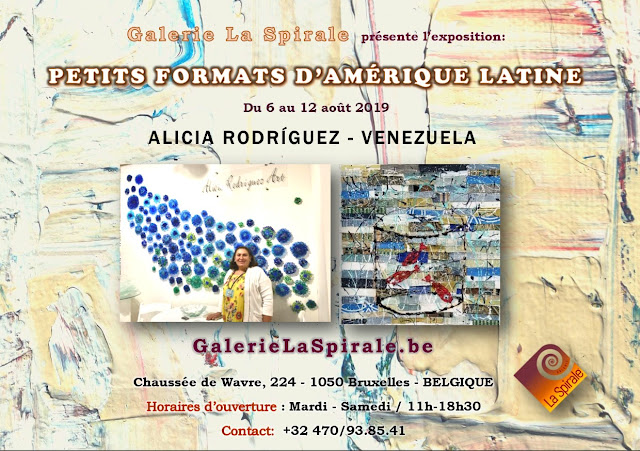 
Alicia is a talented artist who was born in New York in 1956 and raised in Venezuela. She studied Architecture & Fine Arts in Venezuela. Alicia worked at the Atelier Delta d'architecture in Paris France and was trained in glass mosaic restauration in Florence - Italy as part of a restauration program with UNESCO. For the last 15 year she has worked with different medias like, glass, clay, fabrics & resin. Her artworks have been exhibited in US, Europe, Asia and Latin America 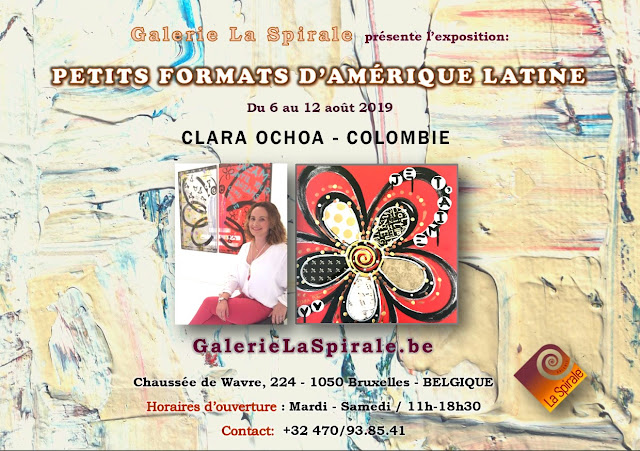 
Clara Ochoa is a contemporary artist, born in Medellin, Colombia in 1971.


Clara Lives in Miami since 2001. She finds inspiration in fragments of nature, music,street art and most importantly love and happiness. Her art includes dynamic and sweeping brushstrokes of acrylic paint.


She explores the connection between art and music, and her artwork are known to be colorful and energetic bringing positive energy to any space. She is considered a Pop Artist and uses mixed media elements for her artistic creations.


Clara has exhibited her artwork in many galleries and exposition in Beijing, Miami,New York, Brussels and Seoul. 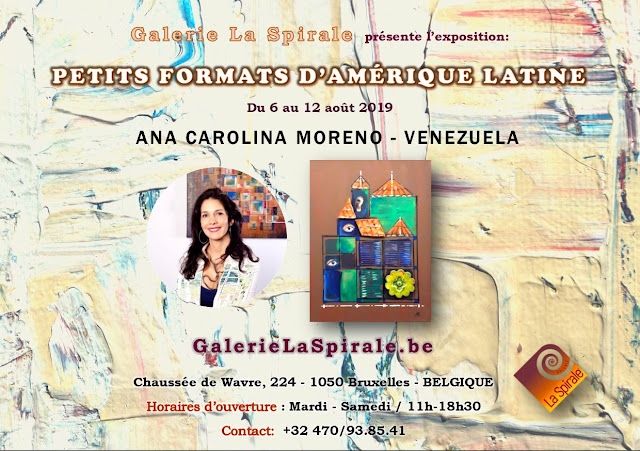 
Artist and Architect who was born in Caracas, Venezuela in 1970.
She holds a degree in Architecture from the Central University of Venezuela U.C.V. and studied Fine Arts at the University of Iowa, United States.

Her Fine Art Studies in the U.S. combined with an incredible sensibility; has given her the great opportunity to develop a series of amazing sculpture and mixed media art pieces. With over eighteen years of experience in the art field, she proudly presents her original art pieces in many galleries in the United States, Europe and Asia.

Ana's favorite medias are the sculpture and the mixed media painting.
She specialized in Zen art and holds yearly exhibits in Korea & the People Republic of China. 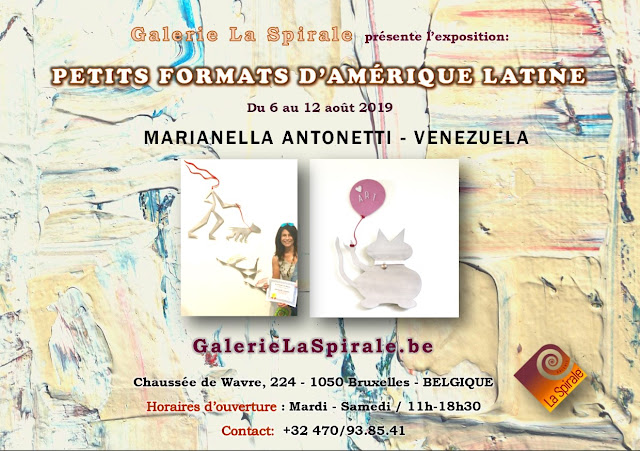 MARIANELLA ANTONETTI PUIG-CORVÉ - VENEZUELA
I was born in Caracas, Venezuela, on September 23, 1964.
Veterinary doctor graduated from the UCV in 1993.
After some years of personal work in the molding area and experimenting with different media, I started sculpture classes from March 2014 to March 2016, in the Ceramics and Sculpture workshop of the renowned artist Eleonora Tugues, in Caracas, Venezuela.  It is there where I formally start as a sculptor, using various techniques such as clay, fiberglass, plasticine, iron, papier machê and polyurethane foam carving.
From there, I created several art works that highlight the movement, body expression and emotion implicit in each work.
Since June 2015, I exhibited permanently in galleries / art stores in Caracas, Venezuela.
In January 2015, I was chosen to create an image of Saint Francis of Assisi, patroness of animals, for the School of Veterinary Sciences of the Universidad Central de Venezuela, where it remains and is used as the main image in the different important events of the Veterinary School.
In June 2015, I began studying goldsmithing at Fernando Silva’s Jewelry School, Caracas, Venezuela; and since then I alternate techniques in the two artistic areas.
Since February 2018, I am creating sculptures in Aluminum, especially with the character "Kanda" and my male character. 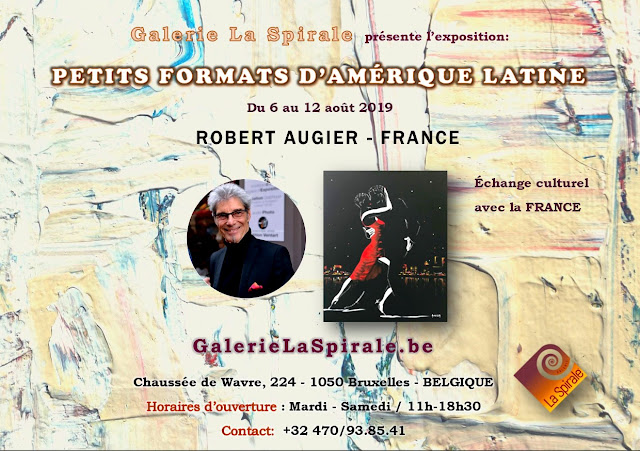 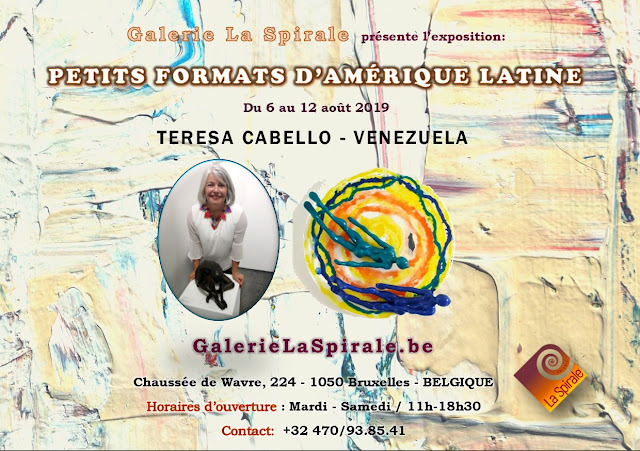 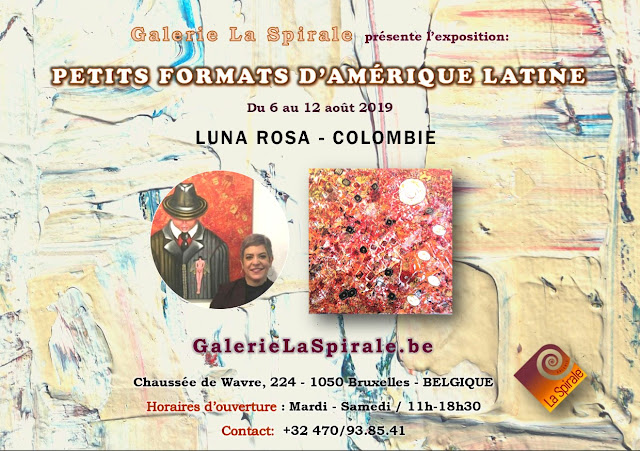 Arriving to France in 2002 she continues her Art studies in Paris; in 2004 the French Riviera became her inspiration in Monaco and the Medieval Village : Gorbio where she had her atelier.
She started her own exhibitions in Monaco, Portland/ Maine, Belgium, Spain, Paris and the French Riviera.

In 2008 "Luna Rosa" begins to promote Latin American artists in Europe with her nonprofit Association "COLOMBIArtistica" a slogan : Art without borders!.

In 2012 new artistic projects brings her to Belgium where she opened the GalerieLaSpirale.be in Liège with more international exhibitions inviting artists from the world to participate.

In 2018 opening in Brussels of her own art atelier and her new Art Gallery space. 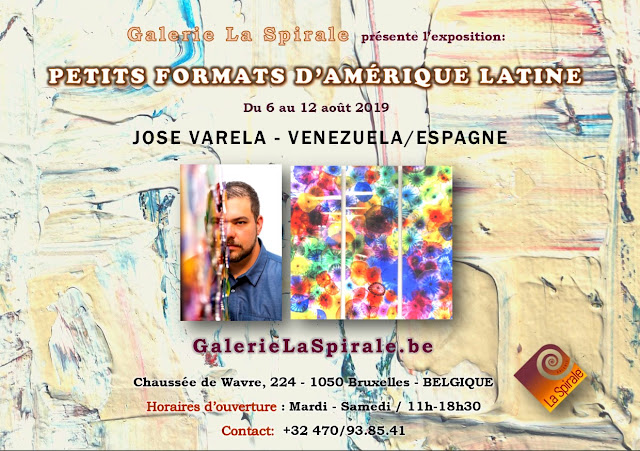 
Jose Varela is an artist Spanish / Venezuelan photographer born in 1983. For over 12 years he has studied the fundamentals of photography in several academies. Combining his studies with groundbreaking tricks, techniques and gadgets he captures the world as he sees it. His elegant images have been showcased in Venezuela, US, Europe and Asia. Jose has experience in the marketing world when he was the CFO for the biggest tourism and hotel guide magazine back in Venezuela. 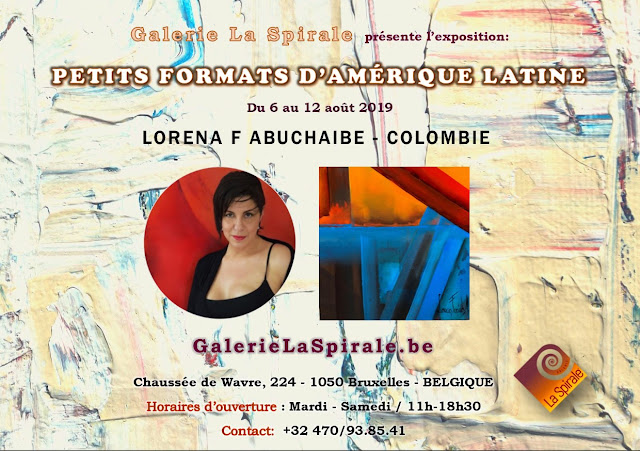 Lorena Fernandez Abuchaibe is a Colombian artist born in 1964 in Barranquilla.

With a career in advertising, Lorena Fernandez Abuchaibe makes abstract paintings parallel to her job, in her pieces she plays with the material and the brush strokes and paints solid flats that are left visible to sublimate the color.

Her work has been included in the Ibero-American Encyclopedia Plastic Artists Contemporary in 2012, and her pieces has been exhibited in numerous prestigious art galleries as well as in several museums throughout the world such as "the Carrousel du Louvre" in Paris and "the Museum of Americas" in Miami, The United States.
Publicado por Virginia Hernández.LUNA ROSA en 8:40 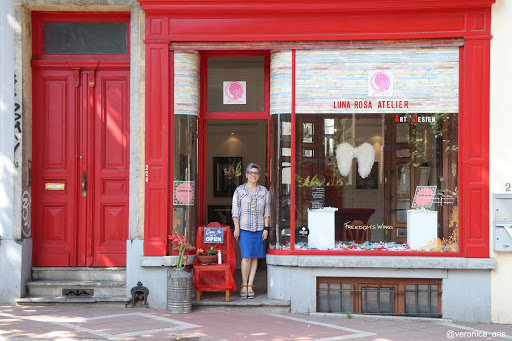 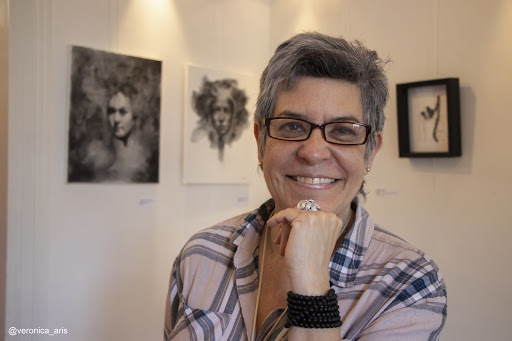 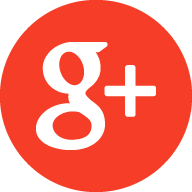 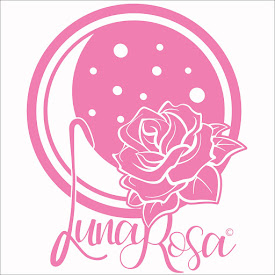 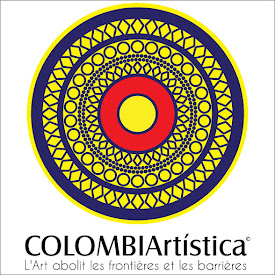